I can recall vividly my very first tasting of New Zealand wines. It took place in an unassuming upstairs office in a walk-up in South Vancouver — and it was a while back in the last century.

What struck me, even then, was the remarkable range of varieties and styles that New Zealand had to offer. In those days, the tsunami of Sauvignon Blanc was but a ripple. That other country from down under yielded tropical-toned Chardonnays; juicy but elegant, citrus-kissed Rieslings; plummy Merlots; even a few vibrant Pinots; and, yes, some grassy and gooseberry-toned “Savvies” — a hint of great things to come.

That thought crossed my mind when this year’s New Zealand road show rolled into town under the moniker of “The Great New Zealand Wine Tiki Tour.” On tour was a wealth of tastes to be sampled — including more than the odd Sauvignon Blanc. In fact, hot on the heels of this year’s tour was International Sauvignon Blanc Day, when the one percent of the population that hasn’t tried Sauvignon Blanc promptly rushes out and discovers it. Not only does the varietal continue to win fans around the world but, in the past few years, winemakers have also been working hard to exploit the benefits of contrasting terroirs and different sub-regions. Which is a good thing.

I’d be the last person to suggest that Sauvignon Blanc has been anything but the equivalent of the wine mother lode for New Zealand. Right up there with kiwis, green-lipped mussels, Gandalf and tongue-in-cheek Air New Zealand ads, it’s been the best export that ever happened — especially in the famously hard-to-crack UK market, which now consumes some £600 million worth a year, give or take a few litres. In fact, in the UK, says wine dynamo Brent Maris [pictured above], Sauvignon Blanc (and his The Ned, in particular) has become a household word. “A bit like 50 Shades of Grey,” he says.

However, there’s no question that, for all its deliciousness, Sauvignon Blanc lopsidedly overshadows the rest of all that New Zealand has to offer at every turn. Yet maybe it’s not so much the Kiwis’ fault but more the mega-marketers’ (from UK supermarkets to Canadian monopolies) who are only too happy to capitalize on such demand. To some folks, it might seem to verging on the heretical to suggest that, one day, the world’s unbridled passion for New Zealand Sauvignon Blanc might wane, or even be replaced by something else. However, as consumers, we are fickle animals. A wholesale shift even in matters of wine is not unheard of. Moreover, in the truest form of flattery, there are now a few Sauvignon Blancs hailing from everywhere from Chile to South Africa. The question is: at what point does New Zealand come to grips with the friendly elephant in the room — which now accounts for 72 percent of its total production — in the same way that Australia has with Shiraz, that Argentina gradually is with Malbec and that even Germany now has with Riesling?

From Hawke’s Bay Bordeaux varieties to Central Otago Pinot Noir and much, much more, this remarkable island nation has a full array of wines to tease our palates. In fact, when I first visited, I was struck both by the contrast among the regions and by the remarkable variety of wines produced. I was also surprised to discover that there are parts of New Zealand that are very reminiscent of British Columbia. For instance, if you drive east through the strikingly beautiful and rugged Gibbston Valley into Central Otago, you will likely be reminded very much of the Similkameen, with vineyards planted on mountainside benches. Once in Otago, the similarities to the Okanagan Valley — both in climate and landscape — are unmistakeable. Similarly, head west to Nelson and you might be reminded of a corner of Vancouver Island, except with greener grass and more sheep.

Much like the Okanagan, but on a far greater scale, what New Zealand has going for it is its land mass and viticultural regions stacked up by longitude rather than by latitude — as is the case in most of the world’s major wine-producing countries. New Zealand’s grape-growing regions span almost the entire length of its 1600 kilometres. Not only that, almost every vine planted is at most 120 kilometres from the ocean (and usually a whole lot less), which means that maritime influences result in ideal diurnal conditions to help nurture the acidity that defines so many Kiwi wines. The wide array of differing climates and settings allow New Zealand winemakers the chance to grow a remarkable diaspora of different varieties. Since it’s the driver behind Sauvignon Blanc, it should come as no surprise that Marlborough accounts for 77 percent of the country’s production. However, as elsewhere, Pinot Noir and Pinot Gris are on the rise.

The point is that, while the Kiwis now make wicked Sauvignon Blanc in just about every style imaginable, they’re more than able to keep their powder dry for other varieties. And the signs are there that things might be changing. A couple of years ago, Jancis Robinson noted:

“Diversity is in and it was notable that when three of New Zealand’s finest wine producers separately trekked to London recently to show off their past and present vintages, among more than 50 wines shown not a single one was a Sauvignon Blanc.”

A prominent Kiwi who’s spoken out on the need to think ahead to the post-Savvy era is Villa Maria founder Sir George Fistonich. While he never downplays the incomparable role that Sauvignon Blanc plays and will continue to play, he’s also been busy looking at other options. One grape that interests him is Albariño, which his winery grows in Gisborne. In fact, the Villa Maria Cellar Selection Gisborne Albariño 2014 won Pure Gold at the Air New Zealand 2014 Wine Awards.

However, while Albariño may be the sexy new kid on the block, it’s more likely that Pinot Noir will continue its ascent as New Zealand’s favourite red, with increasing attention being paid to Chardonnay and Pinot Gris — all of which represent similar volumes in the country’s plantings. Even though Pinot Noir accounts for a mere 8 percent of total production, its fortunes also continue to be on the rise — in great part due to a focus on quality and attention to terroir rather than volume, which has more than caught the attention of Burgundy lovers and Pinotphiles around the world.

One of the country’s Pinot pioneers, Ata Rangi helped led the early charge that helped put tiny Martinborough (in Wairarapa, North Island) on the map alongside Central Otago’s rise to Pinot pre-eminence. Founder Clive Paton sold his herd of cattle to establish his vineyard in the late 1970s. He was intrigued by studies that drew comparisons between Martinborough and Burgundy and had a hunch that this area’s rocky soils, windy climate and distinctive alluvial gravel terrace could be just the ticket. Ata Rangi was also a trailblazer in other areas that have since become part of the modern Kiwi mantra. The winery was among the earliest proponents of sustainable winemaking (which laid the foundation for the industry’s SWNZ initiative) and was among the first ISO 14001 certified wineries in the world.

Over the last couple decades, in particular, plantings have continued to expand, partly in response to outside influences. New Zealand Wine reports that Pinot Noir acreage increased from 10,039 acres in 2006 to 13,748 acres in 2015. Furthermore, exports of Pinot Noir almost doubled between 2008 and 2015. While production will never rival the volume of Sauvignon Blanc produced, New Zealand’s reputation as a quality-driven producer of Pinot Noir and other varieties across the board more than bodes well for the future. 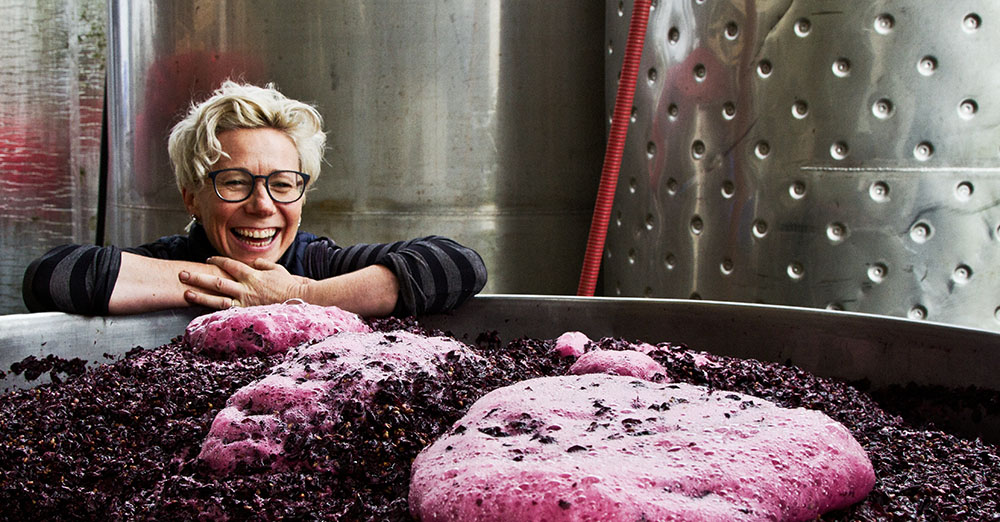 Dark, earthy, with some barnyard hints, followed by a cherry-toned palate with balanced tannins, acidity and some savoury hints that nod to Burgundy. Excellent value.

Fairly developed with some petrol notes on the nose, orchard fruits and a touch of mineral up front, followed by citrus zest and green apple, with an off-dry finish.

More evidence that Pinot’s star is on the rise from one of the region’s largest budget producers. Wild-fermented in open-top fermenters, with 90% placed in barriques (20% new oak) for 8 months. Upfront red berry fruit with some mineral hints, with appealing cherry and raspberry notes on a structured palate.

The MacDonald family has farmed their land and harvested at the mouth of the Wairau River for some 800 years, opening their winery in 2011. Dark cherry and floral notes open to a plush palate with spicy oak and evolving savoury undertones before a lengthy finish.

Lifted bright cherry notes on top followed by a generous polished cherry and raspberry palate with earthy notes and hints of spicy oak in the close.

A trendsetter from celebrated Gimblett Gravels. Upfront plummy and meaty notes before a well-balanced, juicy and slightly peppery palate, with approachable tannins and a lingering finish.

Lifted black cherry notes on top, followed by a plush medium-bodied palate, with some mocha and plum hints wrapped in approachable tannins.

This article was originally published in May 2017