There are few, if any, vinifera grapes that have faced the acrimony of famous wine writers (Lettie Teague and Jamie Goode among them) and also spawned a fan site, The Pinotage Club. There is even an official Pinotage Association, an International Pinotage Day (mark your calendars for October 2018) and a popular Top 10 Pinotage Competition that occurs annually in South Africa.

Of course, this grape is uniquely borne of South Africa. It was developed in 1925 by Professor Abraham Perold, the first Professor of Viticulture at Stellenbosch University, when he successfully crossed Pinot Noir and Cinsaut. The grape is a viticultural intraspecific cross of two varieties of vitis vinifera, and not an interspecific hybrid, as it is often referred. At that time, Cinsaut was known as Hermitage, hence the compounded name Pinotage. Perold planted four seeds from his cross in the garden of his official residence at Welgevallen Experimental Farm, but left the university in 1927 for a job with KWV co-operative. When the garden became overgrown and the university sent in a team to clean it up, the seeds were nearly scrubbed out with the weeds. Fortunately, a young lecturer at the University of Stellenbosch who knew about the plants came across the cleanup and saved the plants from destruction. Thanks to Dr. Charles Niehaus, they were moved to Elsenburg Agricultural College, where Perold’s successor, Professor C.J. Theron, grafted them onto rootstock in 1935. The first Pinotage was vinified in 1941, the year of Perold’s death. It wasn’t until 1961 that it appeared on a commercial wine label, with the release of the 1959 Lanzerac Pinotage.

For all its infamy, Pinotage is not even the most planted grape in South Africa — coming in third among the red grapes after Cabernet Sauvignon and Shiraz, and only accounting for approximately 7 percent of total plantings overall. According to South African Wine Industry Statistics (SAWIS) reports, at the end of 2016 there were 7052 ha planted, with the majority in Swartland, Paarl and Stellenbosch, and most vines in the 16- to 20-year range. Detractors bemoan a distinctive paint or nail polish note in some wines, which earned the grape the nickname Paintage. However grape scientists and winemakers have shown this amyl or isoamyl acetate is the result of poor winemaking choices, rather than a characteristic of the grape. Like its parent Cinsaut, the vines are hardy and vigorous, early ripening and with high tannins and sugar levels. The grape can yield very high (up to 120 hl/ha) but when cropped low, as with the older dry-farmed bush vines, there is a concentration and complexity that is undeniable.

While styles vary greatly, the grape commonly shows a deep ruby to crimson hue and aromas of mulberry, plum, black cherry, bramble, damson, prune, sweet spice and clove. Some new wave producers are working with earlier picking dates and low-impact vessels to create a fresh, juicy, smashable red. Other quality vintners are working more classically to produce medium- to full-bodied, oak-structured and age-worthy reds. With both styles, less extraction, low yields and more care is revealing finessed, livelier and characterful wines. The beauty of the grape (remember chameleon-like Pinot Noir is its other parent) is that it can produce light and easy wines, like youthful Beaujolais, or it can go ripe and wood spiced, like Zinfandel. Some producers are using Pinotage in sparkling wines, and others work with it in fortified and dessert wines.

This comes from the dry-farmed bush vines and red sandstone hills of the iconic Skurfburg vineyard, northwest of Clanwilliam. After a 2-week ferment with native yeast and 15% stems added in, this continued MLF in stainless before 16 months in older French oak. Salty and bright, with wild blackberry, anise and perfumed cherry atop a well-worked leather base. Intense (at 14.5%) but finessed, with bright, cool and juicy fruit lifted with a brisk acidity.

From the highest slopes of the Paardebosch Farm in Swartland’s Paardeberg, this dry-farmed bush vine is from grapes almost 30 years old, and treated in a very low interventionist style. Strawberry leather, wild raspberry, wild flowers and thorns and stony earth pop with a bright pomegranate and cranberry freshness. Tannins are fine and gritty, reflecting the lengthy, delicate skin contact before 11 months in older French barrels. A luring and moreish rock rose scrub lingers on the finish.

B. Vintners is a collaboration between Bruwer Raats, whose family was amongst the first Dutch settlers, and his cousin Gavin. The Raats family has always been based in Stellenbosch, and this project was created to show some of the special sites and areas of Stelly — much like they saw the Swartland Independents doing — through minimal intervention. This is old-vine pinotage on decomposed granite soils at altitude, and close to the ocean in Bottelary Hills. An earlier pick, wild ferment, light extraction and gentle elevate (14 months in oak, 10% new) has produced a crisp, fresh and crunchy pinotage, one that pours a medium cherry hue and is full of wild raspberries, pomegranate, herbal plum and fynbos scrub. Tannins are fine, sapid-lined and the finish is bright. Chill this expressive light red slightly for maximum enjoyment.

No angry monster here, just a gentle soul of a grape, often misunderstood. 25-year-old dry-farmed bush vines in white clay at the base of Helderberg Mountain yield this concentrated, early-picked red. This was partially destemmed without crushing, resulting in near half this wine fermenting whole berry. The partial carbonic maceration aids the pure wild strawberry candied aromas woven throughout, as well as silkening the long tannins. The wine was then gently pressed to fill 500-600L older barrels for maturation. A pure cherry core bases this supple wine, while perfumed black raspberries and wild lavender swirl around. 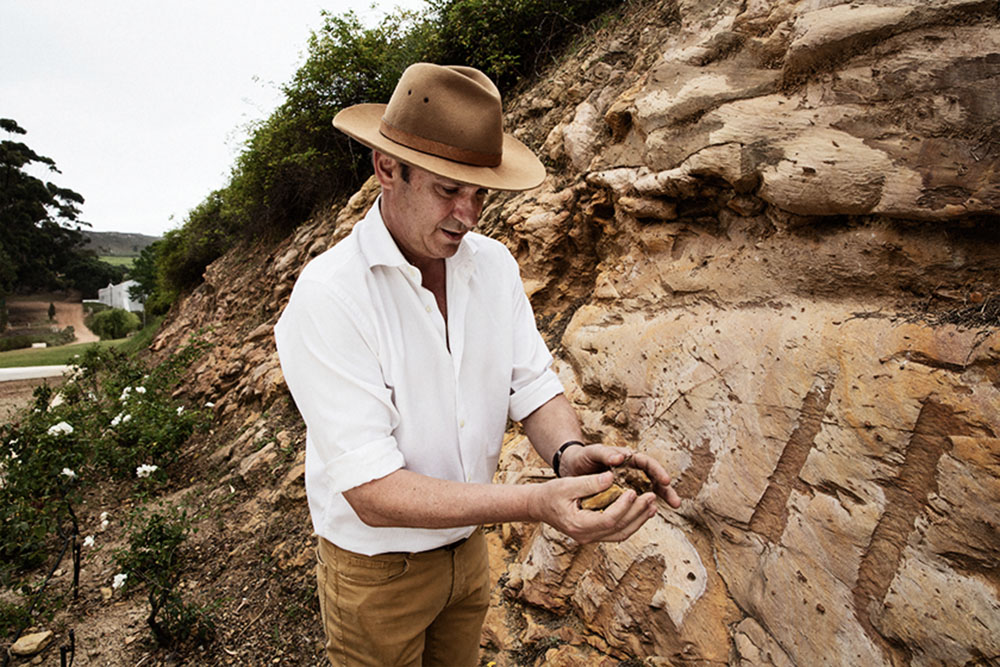 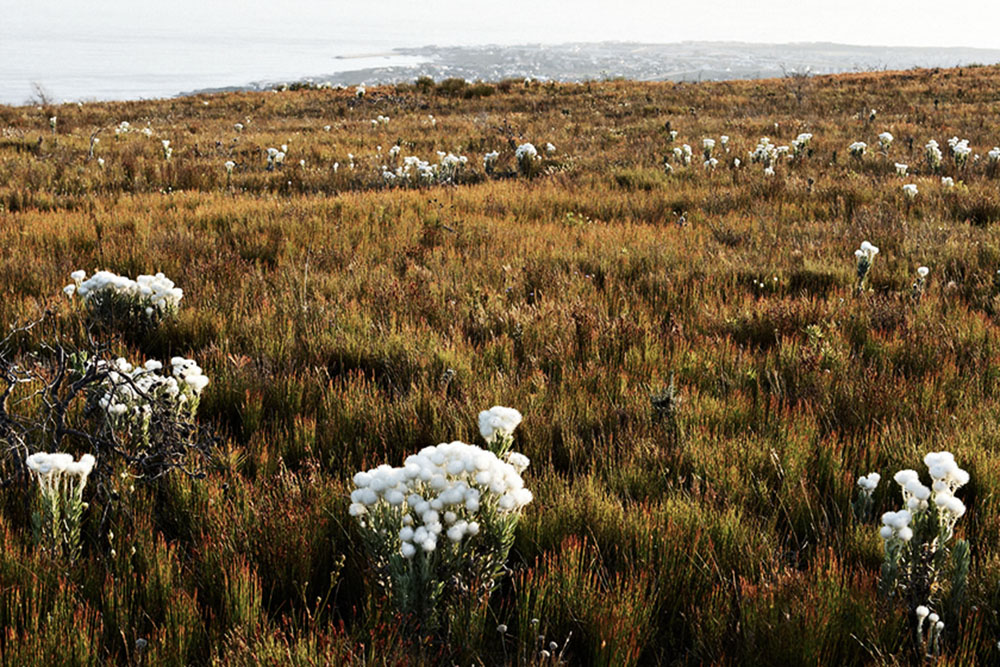 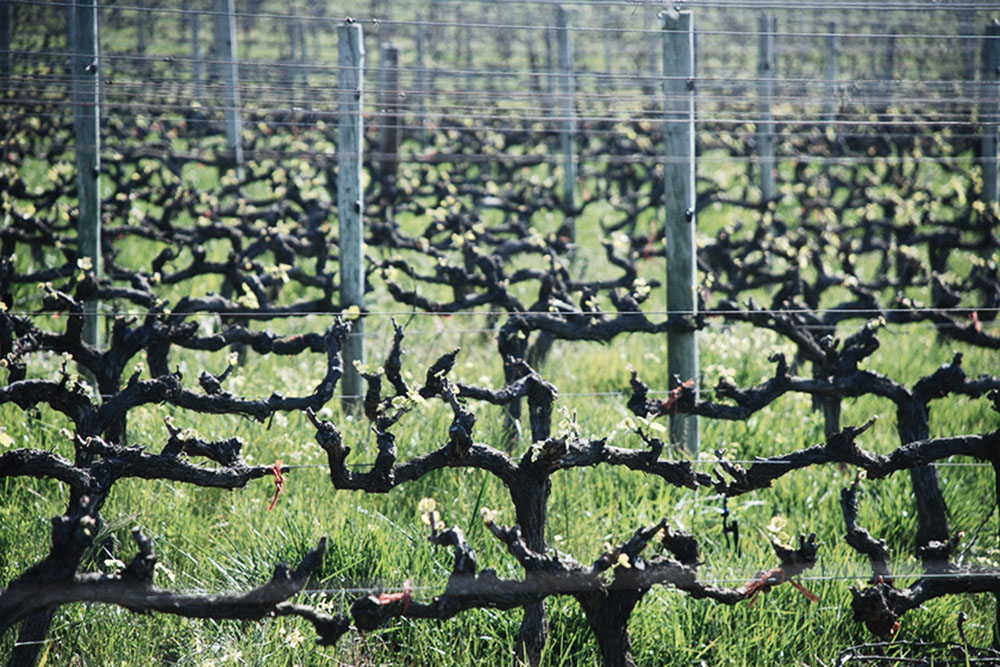 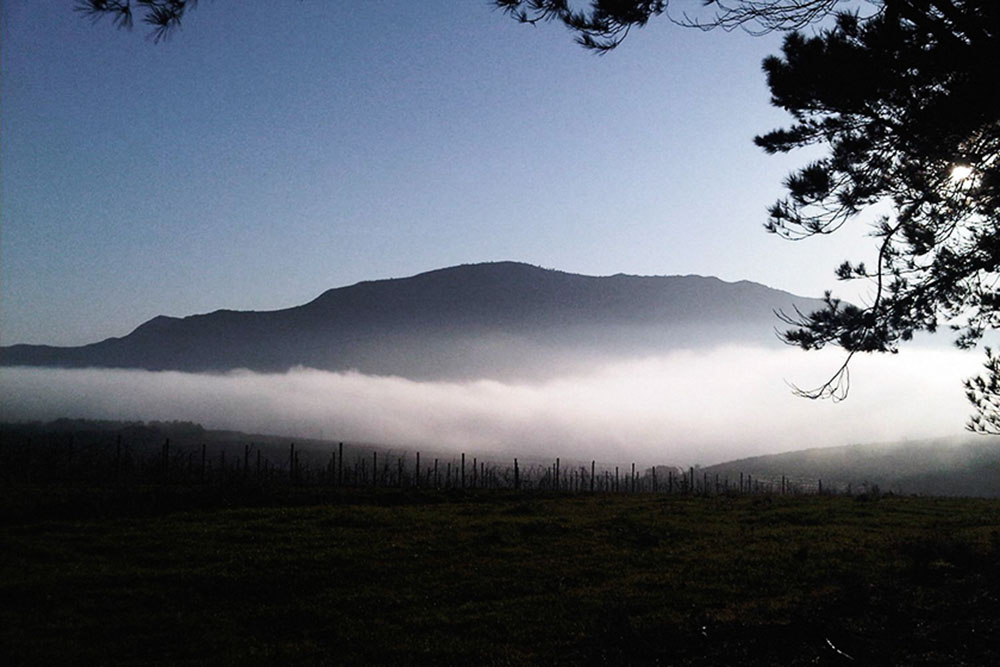 Its prevalence and positioning in the Western Cape has pioneered the “Cape Blend” red, the local South African take on the Bordeaux Blend. The official definition of a Cape Blend is any red wine blended with a significant portion of Pinotage. While no official minimums or maximums of grapes are in place, Cape Blends often are based on Merlot and Cabernet Sauvignon, and often include the likes of Shiraz, Cinsault and Cabernet Franc.

Pinotage is also planted elsewhere around the world. New Zealand was the first to trial the grape, followed by California in the late 1970s, and here in Canada in the late 1990s. In British Columbia, Stoneboat Vineyards, Lake Breeze Winery and The View Winery work with the grape, while in Ontario, Del Gatto Estates, Cape Vineyards and Vineland Estates make wine with Pinotage. The grape can also be found in Virginia, Oregon, Australia, Brazil, Cyprus, Israel and beyond.

Anthony Hamilton Russell, of Hamilton Russell, made a friendly bet with Jancis Robinson in 1996 that “one day South Africa’s most famous wine will be a Pinotage or a Pinotage-based wine.” Russell, a passionate champion of the grape, as well as of the Hemel-en-Aarde Valley where his eponymous winery is based, believes the early-ripening grape is best suited to cooler climates, much like its Pinot Noir heritage. Perhaps in future the focus will sharpen on this Burgundian connection, rather than the unfortunate Paintage in collective consciousness. The wines below will certainly go a long way in changing Pinotage perception, and should inspire others to revisit making and drinking South Africa’s signature red.